Five New Technologies To Help With The Future of Farming 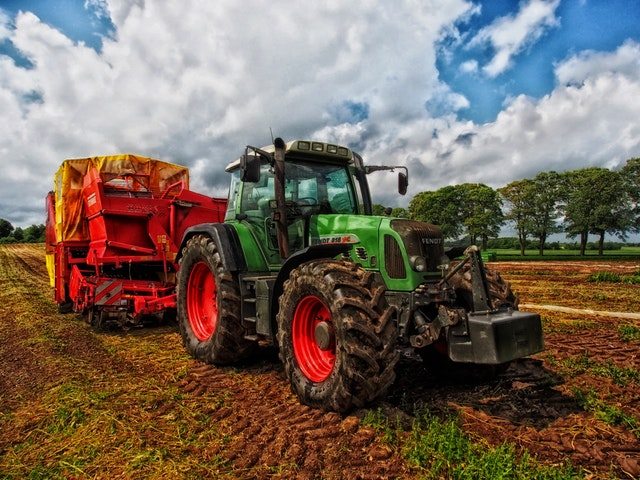 Here are five important innovations that are helping to drive the smart-farming revolution.

A modern and up to day vegetable farm has electronic sensors distributed throughout the field, that can monitor for different conditions. This data is then analyzed automatically and then sends instructions to the farm’s automated irrigation system, which in some cases can also add the appropriate amount of fertilizer before delivering water to the crops. This maximizes the amount of water delivered and preventing waste and fertilizer run off. This information can be accessed through a tablet or smartphone, giving them real time information on the crops. Connected crop technology can also monitor soil conditions and alert farmers about nitrogen levels and where and when to add fertilizer.

Even though there is some controversy over genetically modified foods, gene editing is a staple for crops as the global population increases and global warming continues to accelerate. Breeders of plants can edit a plant’s DNA sequence to make it more resilient to climate change, consume less water and increase yields. This is important for crops that grow in Ontario and that low yields can lead to food shortages or price spikes. An example of gene editing is how a new breed of corn can be created in only 5 years, compared to traditional methods that could take up to 15 years or more.

Eyes In The Sky

Drone technology has helped farmers get a bird’s eye view of their crops and they can be operated by the farmers themselves. Since farmers can launch these drones frequently, they can then build a time-series of their fields throughout the growing season. This can be used to help identify how crops behave in one growing season and help the farmer to make adjustments for the next growing season. The drones that farmers are using come with multiple sensors, giving farmers two types of visuals: basic digital photographs that show where plants are suffering from irrigation or pest and fungus infestations that are harder to find at ground level and multi-spectral infrared images that can identify healthy and distressed plants in ways that can’t be seen with conventional photography or the human eye.

Urban and vertical indoor farming is becoming more popular, giving growers of specialty crops ways to produce year round regardless of the weather and the weather conditions outside. However the main challenge with this is producing the optimal amount of wavelengths from the sunlight in cramped indoor spaces.Modern agricultural LEDs reduce growing times compared to previous lighting because farmers can use different configurations to maximize the wavelengths of light certain plants prefer. Hooking LEDs to timers allows indoor farmers to maximize the ratio of light to dark that can further speed up the growing process.